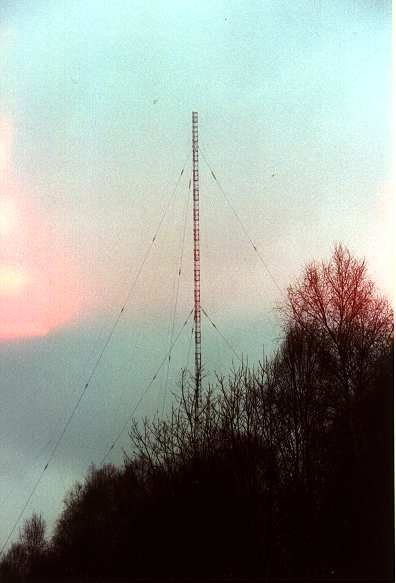 This strong  signal can be heard throughout Europe. The Mark frequency of 138.830 kHz can be used very nicely as a frequency alignment indicator. The modulation switches over to the space freqeuncy every 10 seconds or so.

There is strong evidence that this signal was copied in Australia using a very long integration method based on DSP harware.

(special thanks to Gamal for the following infomation)


More information can be found at http://www.funkrundsteuerung.de/index.html. 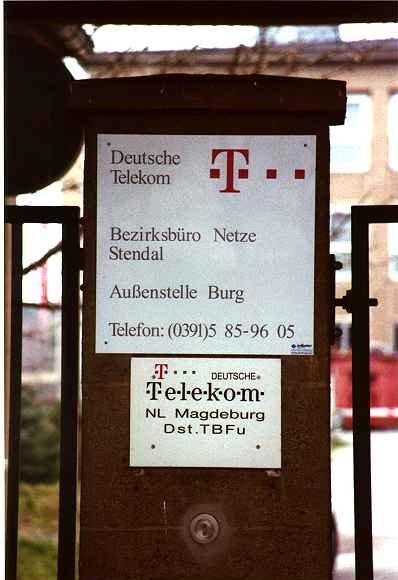 Want to ask them to turn their antenna to your
direction? Here is their telephone number!

EIRP about 40 kW (omnidirectional),
confirmed by Gamal's and my
measurements taken on April 8, 2000 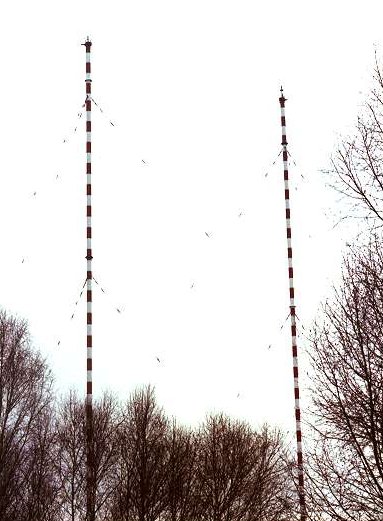 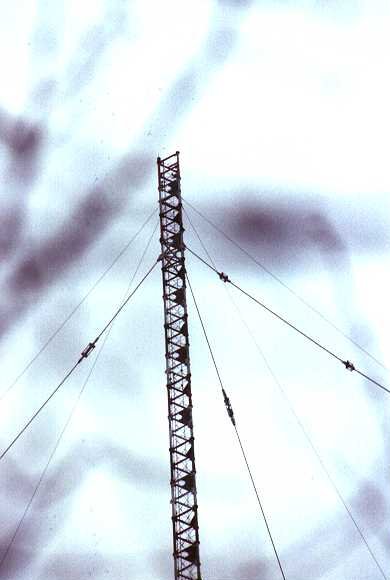 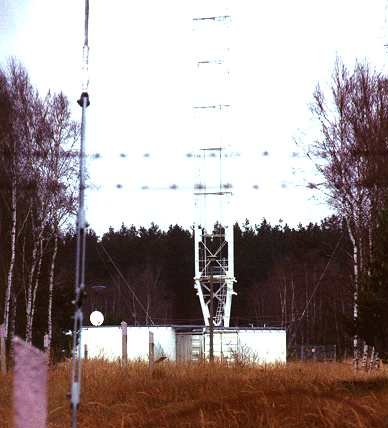 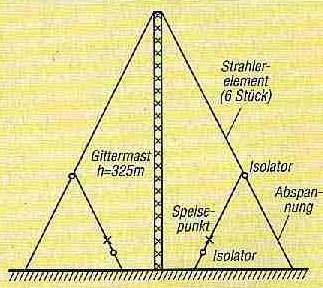 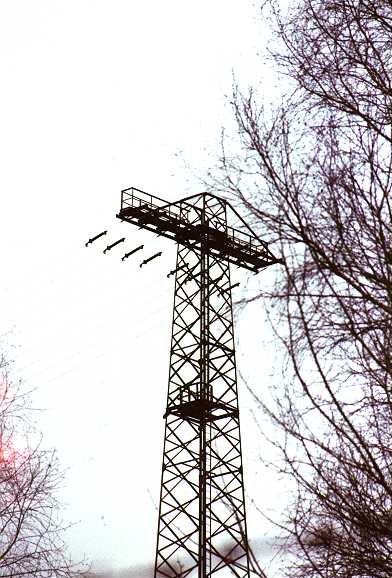 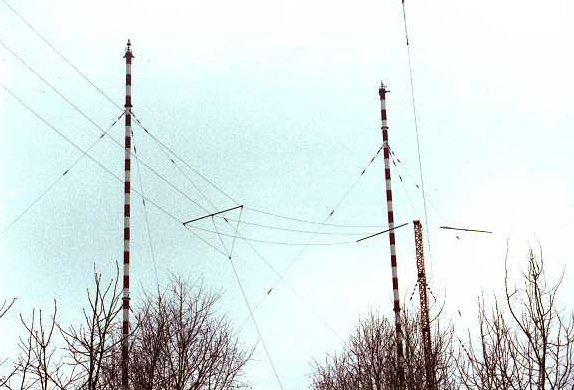 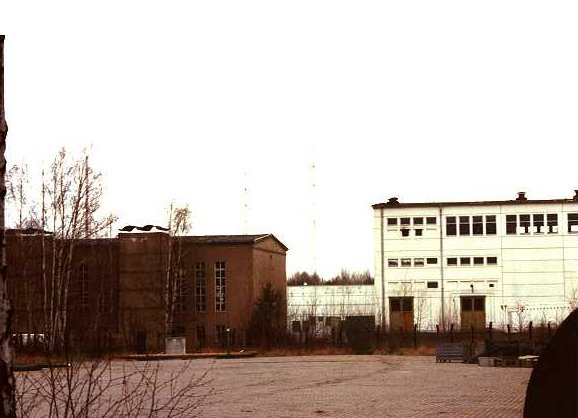 The frequency was formerly (<1995) allocated
to DCF39, a transmitter located in Bad Vilbel
(north of Frankfurt/Main).

Transmissions are used for power-line and power-plant related remote control. More information (in German language) can be found at the homepage www.efr.de. 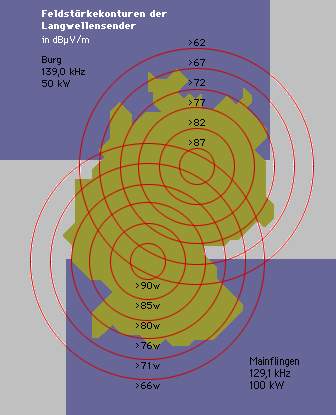 I have digged in my files and found some interesting information compiled
by Tom, DL8AAM a while ago, that he posted on the packet radio network. It
should even be possible to decode the signal.

The callsign that Tom states (DCF49)  probably is only valid for the 129.1
kHz transmitter, same is tru for the power (Gamal had posted some technical
information on the transmitter in Burg, DCF39, here a while ago). There is
even some uncertainty about the callsign within the company running it, I
have heard people saying that they received "DBF39" as well as "DCF39" in
ASCII.

Long wave teleswitching is a new way in load management technology. It
replaces the well adapted ripple-control technology, which is widely
used in the utility industry worldwide.
First a few words about ripple control. It is used for tariff-switching
applications and load management as well as for the control of street
lighting for example. Basically, ripple control systems are used to
spread information to lots of receivers installed in the supply region
of a utility. Today, ripple control is not considered to be a very
economical method but, for that, a relatively safe method.
Ripple control systems use the existing mains as signal carrier (i.e.
energy suppliers transmit 'tones' over the power lines for this purpose).
since the mains network is designed for 50 Hz, a ripple control freq of
a 100 Hz is being affected under certain circumstances. Consequently
the conventional ripple control will face changes due to new transmis-
sion methods and additional intelligence in modern receivers. The newly
offered long wave teleswitching system is using a radio channel to
transmit the information via air, apart from that it follows the same
basic principles known from conventional ripple control.
The economical management of modern power supply systems requires possi-
bilities to transmit commands to control the consumption of electricity
at any time. Audio frequency ripple control systems have been used for
many years. They help to transmit control commands from the control
centre of an utility via the mains which can be received at any point of
the network. Many utilities are already using these systems (some 410
companies in Germany alone).

The main LW Teleswitching system components are:
- control centre
- central computer
- LW teleswitch transmitter
- LW teleswitch receiver
The CONTROL CENTRE of the utility consists of a standard computer
system (PC). The program used, enables every participant to initiate
his own messages. A reference-receiver signalises back the messages
sent by radio for monitoring purposes.
The CENTRAL COMPUTER is located in Mainflingen. This computer serves
to assign priorities, buffer, manage and pass on messages to the trans-
mitter.
The LW TELESWITCH RECEIVER is based on existing conventional ripple
control technology. The network filter has been replaced by a RF (radio
freq) filter. The areal is fixed on the receiver but can also be in-
stalled separately, if the location poses problems. The receiver has a
program memory to store repetitive control functions. This means that
only program changes have to be transmitted.
The LW TRANSMITTER operates at carrier freqs of 129.1 and 139.0 kHz.
modulation is by FSK; keying is done by shifting between a freq above
and below the carrier freq.
CONTROL TASKS. Modern LW teleswitch can fulfill the same tasks as
conventional ripple control. For example,
- switching tasks, such as:
o rate switching of multi tariff meters (night and day rates)
o switching of streetlights
o switching of water heaters (to cause heaters to use the night charge)

load control tasks, such as:
o group heating control depending on the weather
o load decrease
o influence of load variation in industrial companies etc.
o blocking of heat pump systems
- special tasks, such as:
o transmission of tariff information remote parameter assignment of
receiver groups or individual receivers.
o TELEGRAM FORMAT
most telegrams are a few bytes long i.e. about 1 second), but a length
of up to 30 bytes will be possible soon. Reaction time is a few seconds.
Each telegram is transmitted asynchronous at 200 Baud and 340 Hz shift,
using 8 data bits plus even parity bit. The format is derived from the
international standard IEC 60870-5, or 870-5 in the old numbering system.
It consists of 7 header bytes, a user data field of up to 16 bytes, and
trailing bytes:

After the start character 68h, the length field (L field) is transmitted
twice, followed by the start character once again. This is followed by
the C field, the A field and the CI field. The L field gives the number
of user data bytes plus 3 (for C, A, CI).
The C field (control field, function field) specifies the direction of
data flow and is responsible for various additional tasks. The A field
address field) serves to address the receiver; adresses 1 through 250
can be allocated to individual parties. Address 255 (FFh) is used to
transmit information to all participants (broadcast). The meaning of the
CI field (control information field) is not clear. Maybe it is used as
an address extension. Most often, however, it is identical to the A field.
The user data field is followed by the check sum, which is the least
significant byte of the arithmetical sum of C, A, CI and the user bytes.
Finally the stop character 16h is transmitted.
Most telegrams are sent twice. Currently the lengths range from L = 5
to L = 13. Occasionally the string "DCF49 TEST" is transmitted in the
user data field, with L = 13, C = FFh, A = FFh (broadcast), CI = FFh.